The answer for the question “Do Chow Chows bark?”

If you would like to know “Do Chow Chows Bark?” This article would help you get the answer.  Chow Chows is a special dog which has different behavior than most regular dog. Chow Chows is special breed developed for protection. It barks a lot whenever there is stranger around the dog. Stranger in this term is your friends and any people that your dog is not familiar with. Don’t worry about this, if the dog was properly socialized, Chow Chows can be the best friend for people.

Relation between temperament and Bark a lot

Unlike other dogs, Chow Chows didn’t bark too much to the owner. Most of the times, it remain silent. To socialize your dog, you just need to give the dog regular brushing and combing. While doing it, make sure to let others help you. It will make the dog think if other people is not stranger. Try to overcome Heavy shedding and other serious health problems.

Chows is typical dog that need more attention. They generally laid back dogs and do not bark as often as other dogs do. Sometimes it make other squeaks’ noises and whines. While some people think Chows is not friendly dog, actually it depend on each treatment. If it socialized and trained properly, the dog will be great pet.

Train and make Chow Chows as best dog for everyone

When it was puppy, owner should bring it to any places with so much peoples. It will make the dog aware of the situation and familiar with all people. Bring the dog to local park and play with it. At first, it may didn’t like other peoples and creatures but the behavior will change over times.

Chow Chows is guard dog that will always bark to any stranger. This is what make it not sufficient as ‘apartments dog’. They bark to warn the intruder not to enter their territory. Unlike other dog which keep barking till the stranger decide to walk away, Chows will push the peoples to leave their area immediately.

Conclusion on Why Chows bark a lot

Do Chows bark a lot? It depend on situation. The dog only bark whenever there is stranger in the area. The dog will treat most people as stranger so it will bark often. When there is no stranger/threats, Chows will remain silent and calm. It is nice dog after all. What make it different is the dedication to train it to be good friend for human. Think of it just like other creature. If we raise and love it properly, surely it will be our best friend.

It bark to warn intruder

It bark to push intruder leave their territory

It keep barking to any stranger

It will push stranger out of their area

Chow Chow may not bark as often as other dogs

It become friendly dog if socialized and trained properly

Chow Chow is guard dog that will always bark at any stranger around them. They bark to warn intruder to leave their territory as fast as possible.

Previous Canine Glaucoma in Dog
Next Juvenile Cataracts in Dogs 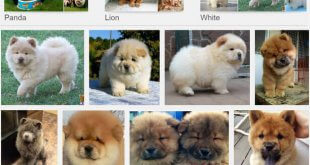